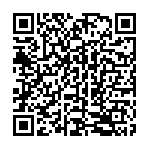 The numerous restorations of the Monument are keep going on with industry: the new illumination of the Tornacoro has been completed.

Upon entering the Duomo, the amazement of all those who turn their gaze upward is palpable. Thanks to the new lighting system within the Cathedral, inaugurated on May 1st by the Archbishop, the Veneranda Fabbrica gives each visitor the chance to see the monument from entirely new perspectives and points of view: brush strokes merging with the harmony of the Candoglia marble. Capitals and vaults, previously invisible, are now once again illuminated. A project that is continuing to show important results and which recently reached the area of the Tornacoro where almost one thousand new LED luminaires have been installed. Thanks to the most advanced technology, this new system is also a useful tool in liturgical and celebratory services: for example, with the use of a simple tablet computer, the celebrant will now be able to coordinate all of the Duomo's lighting from the Hight Altar.

The Veneranda Fabbrica del Duomo's Board of Directors has also confirmed the appointment of engineer  Pietro Palladino, of the Ferrara Palladino and Associates Studio, to oversee the project. The studio is also planning the total overhaul of the electrical system for the Cathedral's exterior illumination, in accordance with the piazza.

At the same time, the director of the Fabbrica's restoration projects, engineer Francesco Canali has fully assumed his responsibilities in coordinating all renovations taking place within and around the Cathedral, not just the daily activities of the workers, but also all of the technical aspects. About a dozen people, split between three construction areas (the Candoglia quarry, the Marble Works, the Duomo) and the offices, are specifically charged with bringing to life the projects developed together with the Polytechnic University of Milan which has been consistently involved in the Duomo's care. Overseen by the director of renovations, the site managers of the Fabbrica's three locations and numerous technicians (surveyors, architects, engineers) all work daily to accomplish this task.

In addition to completing the work that has begun, including the major restoration of the Great Spire, the Fabbrica will continue in its mission of rediscovering the most valuable symbols of Christianity in Milan. After the restoration of the Chiesa di San Gottardo in Corte, returned to its former splendor in just nine months, thus healing a wound that had been plaguing the Royal Palace for decades, and completing the project of the Great Duomo Museum which reopened to the public at the end of  2013, this program also includes plans to participate in the restoration of the Chiesa di Santa Maria Annunciata in Camposanto, bringing to light its hidden beauty. This church has in fact been concealing breathtaking artistry for centuries, something which anyone can experience venturing inside and searching for signs of the Fabbrica and its people within these walls.

A research project that explores the city's profound identity and the deeply rooted faith of the Milanese people, which will be completed with the expansion of the excavation within the Duomo's archaeological area, also in need of major restoration, partly due to the requirements of the piazza. An ongoing discovery for both Milan and the world which the Fabbrica will continue to share in these pages, taking worshippers and visitors by the hand along this journey.