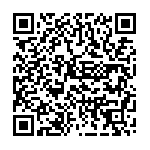 Art.1 _Veneranda Fabbrica del Duomo di Milano is the vestry board of the Cathedral of Milan, with headquarters in Milan, via Arcivescovado no.1. It was created on 16th October 1387 by the Duke of Milan Gian Galeazzo Visconti who, in an act dated 24th October 1397, granted Veneranda Fabbrica the use of the Candoglia marble quarries. The rights over the public and private property of Candoglia were confirmed several times (Decree Law of 19th October 1927 no. 1924 converted into law 19.2.1928; Piedmont Regional Law 22.11.1978 no. 69 art. 22 of the Final Provisions). Over the centuries, Veneranda Fabbrica added to its possessions the Cathedral Choir (1402) with the Pueri Cantores choir school, the Archives-Library and the Museum, opened on premises made available by Milan City Council and classified as a “Museum of national interest” (law 22nd September 1960, no. 1080).

Art. 2 _ Veneranda Fabbrica del Duomo di Milano is an ecclesiastical body, with legal entity due to ancient possession of said status, having the purpose of worship and religion, and is a non-profit making organisation. It is listed in the register of legal entities at the Registrar’s Office of the Court of Milan under no. 315 Legal Entities Vol. 11 File 315.

Art. 3 _ In particular, Veneranda Fabbrica is responsible, without any interference in the religious services,which is under the jurisdiction of the Ecclesiastical Authority in charge,for:
a) promoting the Duomo of Milan, in religious, cultural, historic and civic terms;
b) providing for the maintenance and safe-keeping of the Duomo, museum, Archives-Library, and related restoration work;
c) providing for administration of the patrimony and donations destined for the purposes specified in the preceding letters a) and b);
d) sustaining expenses for the furnishings and equipment required for the Duomo and Vestries and the other expenses accruing, by law or habit, to the budget of Veneranda Fabbrica;
e) establishing the conditions for public access to the Museum, consultation of the Archives-Library and, in agreement with the Ecclesiastical Authority, to the Cathedral and terraces. The revenues allocated to officiation and worship are entered in the balance sheet of Veneranda Fabbrica del Duomo under the clearing entries and are paid annually to the Archbishop as representative of the Cathedral. In the case of the revenues not apportioned or apportioned to mixed purposes, a part equivalent to the mean percentage of the sums actually used for the purposes of worship in the five-year period 1981-1985 or, in the absence of the relative documentation, a part equivalent to fifty percent of said revenues, is kept for the purposes of worship and allocated in accordance with paragraph 2.

Art. 4 _ The board of Veneranda Fabbrica del Duomo consists of seven members, appointed for a three-year period. The Archbishop appoints 2 members; the Minister of the Interior appoints the other 5 members, having consulted the Archbishop. The members of the Board elect from within the Board the President, with at least five favourable votes. Anyone who has interests on his/her own account or that of his/her spouse or relatives or relatives by marriage up to the fourth degree of kinship with Veneranda Fabbrica may not be appointed as a member of the Board, and spouses or relatives or relatives by marriage up to the third degree of kinship may not be simultaneously members thereof. The members of Veneranda Fabbrica can be re-elected; they render their services free of charge, with the exception of refund of the expenses sustained in the course of their office.

Art. 5_ The President of Veneranda Fabbrica:
a) legally represents the same vis-à-vis third parties and in legal proceedings;
b) supervises the general operation of Veneranda Fabbrica;
c) convenes the Board and chairs the meetings, establishing the agenda thereof;
d) carries out the resolutions of the Board and allocates the expenditure decided;
e) annually draws up and submits to the Board, for approval, the budget and final balance sheet;
f) every year sends to the Prefect, within the term established by art. 39 of the Presidential Decree of 13th February 1987 no. 33, the final balance sheet for the preceding year and the budget for the current year, approved by the Board,the same documents are sent annually to the Archbishop;
g) in the event of an emergency, adopts the necessary provisions and reports thereon to the Board for approval at the first possible meeting;
h) promotes safeguarding of the rights relative to the goods of the Cathedral administered by Veneranda Fabbrica.

Art.6 _ The Board of Veneranda Fabbrica is convened at least once every three months and whenever the President deems it expedient, or when at least two members make a justified written request. Except in the case of an emergency, the notice of convocation – containing indication of the day, time and place of the meeting and the list of the items on the agenda – must be sent in writing to each Member at least five days prior to the day fixed for the meeting. The members of the Board are required to take part in the meetings. Any member who does not take part in three consecutive meetings of the Board without justification is considered to have resigned and must be replaced. The Chairman can invite to the meetings of the Board, without voting rights, persons from outside the Board who have specific competence in the matters to be discussed.

b) the acceptance of donations, inheritances and devises of value higher than € 3,000,000 or burdened;

c) properties disposal and the establishment of rights in rem that have effect on real estate worth more than € 3,000,000.

The pertaining application is presented by the President of Veneranda Fabbrica to the Archbishop, accompanied by the Board’s resolution and all other supporting documents.

Art. 9 _ Objects and works of historical, artistic and cultural interest kept in the Cathedral of Milan and in the premises attached to the same, belonging to Veneranda Fabbrica del Duomo di Milano, may not be transferred or, unless for precise reasons and subject to authorisation of the Board, removed. Said goods will be described in an inventory which will be deposited with the Diocesan Ordinary and with the competent Supervisory Authority.

Art. 10 _ The financial year coincides with the calendar year.

Art 11 _ Veneranda Fabbrica may, by means of one or more regulations, establish rules for execution of this charter and for the administration management thereof.

Art. 12 _ The relationships with the Metropolitan Chapter and the Parish of St. Thecla in the Cathedral of Milan will be governed by specific agreements.

Art. 13 _ The provisions of law concerning vestry boards will apply to all matters not specified in this charter.

Excerpt corresponding in the transcribed parts to the contents of the Minutes Book of the Board of VENERANDA FABBRICA DEL DUOMO DI MILANO, with headquarters in Milan, Via Arcivescovado 1; the parts omitted do not contradict the parts transcribed.