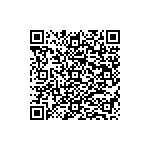 Cathedral’s life was full of huge amount, but also of small gesture, whereby among good and men working for the Veneranda Fabbrica del Duomo, an old woman good at hearth, but poor in goods, could leave her lasting mark.

Caterina di Abbiateguazzone’s story is one of those made of generosity and deep dedication that contributed to the Duomo di Milano construction. We are at the beginning of the creation, in 1387, and Caterina was helping day by day the workers in the construction yard of the Temple’s creation.It is reported inside the Annali that the woman used to help the workers transporting in her pannier, a small wicker hamper posed on her curvy back, bricks and other materials necessary for the admirable venture.Unconcerned about the effort and about the seasons’ changing, Caterina worked tirelessly, helping everyone who needed. To whom who asked her the reasons of such a huge effort, she answered “The love for the Virgin Mary drives me to this engagement”.Half money a day was worth her effort? Certainly, what gave her strength were faith, hope and devotion toward the Virgin Mary, to whom was dedicated the venerable construction.

During winter time, the only shelter for her from the cold weather was a wear out fur, and it is at this point that our story is enriched with a precious detail: at that time, around the apse of the Duomo di Milano there was an altar dedicated to the mother of God, and every day different offerings and gifts were brought there from citizens to be sold at auction to raise money for the Cathedral’s construction. Even then, the Fabbrica used to organize in Pattari Street some auctions to raise funds necessary for the cathedral’s construction prosecution. It was during a very cold winter that Caterina decided to offer the Fabbrica not only her time and labors, but also her tiny fur.

The Ebdomadari, the men appointed by the Veneranda Fabbrica to collect and write meticulously every donation received, were surprised viewing such an humble lady deprived herself of the only cover from the freezing winter. Then they decided to propose that issue to the Fabbrica’s board of directors. In compensation of the faith and the generosity showed by the woman, the members of the Board decided to give her back the fur, rewarding the lady with three florins necessary to let her arrange a journey to Rome, to gain the indulgence.
It seemed the least to get out of debt with that pious soul deeply involved in the Duomo construction.