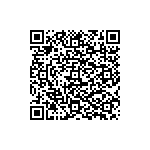 St. Isidore comes back to tells us several stories related to the origin of the most famous sweet of the Milanese tradition: the Panettone.

The first story, comes straight from the Sforza court, during the Christmas Eve the chef of Lodovico il Moro accidentally burned the cake to be served at the ducal banquet which it was quickly replaced by a creation of the kitchen boy Toni, a cake made with flour, eggs, sugar and candied.

During the banquet, all guests were pleasantly surprised by the delicious taste of this sweet and when the Moro asked at his chef what it was, he replied “E’ ‘l pan de Toni”, from which derives the name Panettone.

However are considered possible patrons of this cake also Ughetto Atellani and Sister Ughetta. Much more likely, is that these stories passed  through generations of Milanese, are only tales invented  at the end of the '800, with the intent of dignify a typical preparation of peasant cooking. The names Ughetto and Ughetta in fact recall the dialect term ughett, raisin, one of the principal ingredients of a good Panettone.

A pinch of dry brewer's yeast

1 teaspoon of malt or honey or sugar

A pinch of dry brewer's yeast

A pinch of salt

Recipe:
The first part for the preparation of the panettone is called biga. Pour into a bowl the flour and the yeast. The malt and the warmed milk and mix together to form a ball. Let rise in the bowl covered with clingfilm, in a dry place for one hour; then move the bowl in the refrigerator and let it stand for a whole night.

The biga will reconstitute for 2 hours at ambient temperature before passing to the next stage.

The rise dough must therefore be moved in a kitchen planetary pour 0.44 lb of flour mix in the planetary with the yeast powder and 0.13 lb of sugar; added 2 eggs and work the dough with a hook; at the end of this operation the dough must be uniform and roll up on the arm of the planetary.

Add the butter 0.13 lb at a time, waiting every time to be absorbed before added the next piece.

At the end give at the dough a round shape and let rise in a bowl covered with clingfilm for at least 2 hours at ambient temperature and 12 hours in the refrigerator.

Add the candied and combine the dough.

The dough will rise for 2 hours at ambient temperature.

At the end, give at the dough a round shape and put in a mould of 2.86 lb, grease and line with wax paper.

Let grow for 2 hours in the oven with the light on, until it has reached the edge of the mould. Then remove the clingfilm and allow the surface to dry for 15 minutes.

With a knife, draw a cross on the surface, with some butter.

When lacking 10 minutes removed the bowl.

Served in this way or with mascarpone cream.